Ulala X Attack on Titan! A colossal crossover!
Ulala: Idle Adventure – The newest version of Ulala is here! The ferocious Titans, whose origins still remain unknown, suddenly appeared to reign hell over the Lightning Continent. Join Eren, Arin, and Mikasa in order to battle these Titans and protect the world of Ulala!

1. Titan Challenge has been unlocked
※ Event Period：24th of April 2020 – 7th of May 2020
※ During the event，fierce and destructive Titans will appear all over the Lightning Continent. Adventurers can click on the【Titan Challenge】button to go challenge these Titans！
※ Each stages’ difficulty level will be adjusted according to the team’s level. Adventurers can use ‘Unified Strength’ to attain further power.
※ Succeed in vanquishing the Titans to receive【Wings of Freedom】，【Wings of Freedom】can be exchanged for special rewards.
※ During these battles, players will receive a【Battle Log】in order to record their progress and battle status.


2. Titan Shop has been unlocked
※ The Titan Shop will be unlocked together with the main Attack on Ulala questline.
※The Titan Shop will sell several Attack on Titan gift packs, and the limited costume ‘Scout Regiment Costume’
※ Discounts on each section correspond to the total amount of Titans defeated across the whole server. The greater the number of Titans defeated, the greater the discount!
※ If the price of an item at the time of purchase is higher than the discounted price at the end of the event, the difference will be returned by email after the event.

3. Battle Check-In
※ During the event period, there will be a Checkin event. By Checking in, Adventurers can obtain a series of rewards. 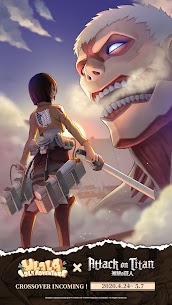 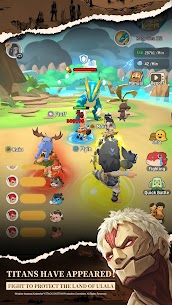 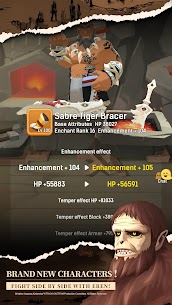 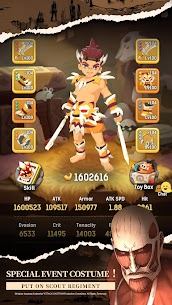 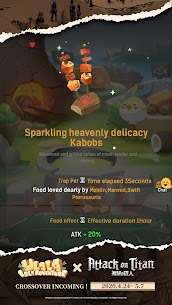